The registered Community design will celebrate its 10th anniversary on April 1, 2013. These 10 years have enabled the Courts to clarify the conditions of protection of this unified title.

According to the Community regulation, “the assessment as to whether a design has individual character should be based on whether the overall impression produced on an informed user viewing the design clearly differs from that produced on him by the existing design corpus, taking into consideration the nature of the product to which the design is applied or in which it is incorporated, and in particular the industrial sector to which it belongs and the degree of freedom of the designer in developing the design” (1).

In a recent decision (2), the Court of Justice of the European Union (CJEU) clarified the very notion of “informed user”, to which it is referred for assessing the validity of a Community design.

In the commented case, the owner of a previous Community trademark registered for clothing and headgear filed a declaration of invalidity against a registered Community design (RCD), filed for ornamentation for T-shirts, for caps, for stickers, for printed matter, including advertising materials. 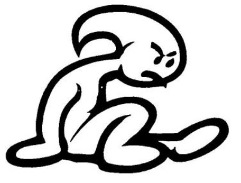 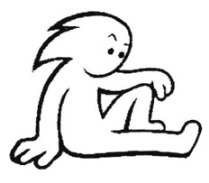 The Cancellation Division of the OHIM, confirmed by the Board of Appeal (BoA), declared the RCD to be invalid, because it did not produce on the informed user, namely young people or children who habitually purchase T-shirts, caps and stickers or users of printed material, an overall impression that differed from that produced by the earlier mark. The owner of the RCD appealed the BoA’s decision to the General Court (GC).

The GC pointed out that the overall impression produced on the informed user by the two designs “is determined to a large extent by the facial expression of each of them, which constitutes a fundamental characteristic that is remembered by the informed user, as correctly defined by the Board of Appeal. That expression, combined with the position of the body leaning forwards, which gives the impression of a degree of irritation, will induce the informed user to identify the ‘earlier design’ as an angry character. By contrast, the overall impression created by the contested design is not characterised by the display of any feeling, either on the basis of the facial expression or the position of the body, which is characterised by a leaning back. The difference in the facial expression will be clear to young people buying T-shirts and caps [, and] will be all the more important for children using stickers to personalise items, who will be more likely to pay particular attention to the feelings expressed by each character appearing on a sticker”.

Eventually, the General Court considered that the differences between the two designs “are sufficiently significant to create a different overall impression on the informed user, in spite of similarities concerning other aspects and the significant freedom enjoyed by the designer of silhouettes such as those at issue in the present case”.

The CTM owner as well as the OHIM appealed to the CJEU, relying in particular on the ground that the GC confused the specific criteria of trade mark law and those applicable to Community designs law.

The CJEU recognised that the Regulation does not define the concept of the “informed user”, and confirmed the definition of this concept given in its previous decision PEPSICO related to pogs (3), “as lying somewhere between that of the average consumer, applicable in trade mark matters, who need not have any specific knowledge and who, as a rule, makes no direct comparison between the trade marks at issue, and the sectoral expert, who is an expert with detailed technical expertise. Thus, the concept of the ‘informed user’ may be understood as referring, not to a user of average attention, but to a particularly observant one, either because of his personal experience or his extensive knowledge of the sector in question”.

Therefore the “informed user” may be understood as a particularly observant user on account of his personal experience or his extensive knowledge of the sector in question. He will usually make a direct comparison between the designs at issue. However, even if the GC had based its assessment on the informed user’s “imperfect recollection of the overall impression produced by the two silhouettes”, it would not have been mistaken in doing so.

The CJEU dismissed the appeal.

The fact that the CJEU recognises the possibility that the informed user makes no direct comparison between the designs at issue goes with the criteria of overall impression that excludes that insignificant differences be taken into account. However, the concept of imperfect recollection could be interpreted as weakening the particular observance of the informed user.

Besides, it is quite unclear why goods themselves should be taken into account when assessing the overall impression between two drawings.

This decision may also question the opportunity for the creator of a recurring character (cartoon character for example) to file its creation as a design. Indeed, who can say what will remain in the memory of our informed user: the personal touch giving the character its singularity, some specific details that make the character recognizable, or the expression and the feeling of the character, which could give the wrong idea that all designs leaving the same feeling may produce the same overall impression? What if the expression of the characters of the designs at issue is more important than the graphic representation of those designs?

Finally the CJEU missed an opportunity to clarify the concept of “constraints on the designer’s freedom” and its influence on the comparison of two drawings despite the “significant freedom enjoyed by the designer of silhouettes such as those at issue in the present case”.