In our time of digital communication, the pictograms, these basic symbols conveying universally recognized and fully understood information, also intend to be used as a badge of origin. But can these simple and meaningful signs be perceived as identifying the commercial origin of the products or services offered?

According to the law and case law, pictograms indicating a mode of use, or that convey a universally understandable message, or commonly used, are devoid of distinctiveness in relation to the products or services for which they are used.

Furthermore, pictograms which immediately convey information about the kind, quality, intended purpose or other characteristics of the goods or services are considered to be descriptive.

Many trademark applications are denied registration for these reasons. 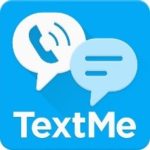 Bubbles convey the message that they enable users to communicate by way of text or call. “The semantic content makes it clear that the mobile software applications may be used to permit texting to (or by) the user (me). Viewed as a whole, the sign is not distinctive. The verbal elements clarify the figurative elements and vice versa” (EUIPO, decision of 28 August 2018).

The simple combination of a ‘play’ button and of a ‘download’ sign does not make the applied for sign distinctive. The pictogram as a whole will be seen as an informative tool used in the entertainment industry (EUIPO, BoA, R 334/2018-2, 25 July 2018). 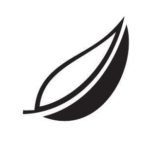 The sign represents a feather, which will be perceived as descriptive for the goods applied for as indicating the composition/fill material of the goods bearing it, such as mattresses, pillows, cushions (EUIPO, BoA, R1447/2017-5, 13 March 2018). 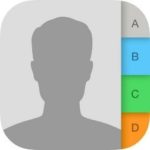 The sign essentially consists of elements that are typical for symbolizing the goods applied for, namely contact information management software. “The overall impression of the sign does not appear unusual or noticeably different from other icons representing the software at issue, and does not have any characteristic element or eye-catching features likely to confer a minimum degree of distinctive character to the sign which enables the consumer to perceive it as an indication of commercial origin rather than a mere symbol of ‘contact information management software” (EUIPO, BoA, R2934/2014-5, 22 September 2015). 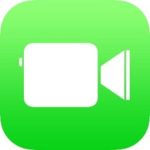 “When being confronted with the sign in relation to computer software for video calling, video telephony, the transmission of voice, audio and video content and cameras in Class 9, the relevant public will not be able to identify the sign as a badge of commercial origin but assume that the sign is a simple representation of the goods themselves, i.e. video-related software and cameras” (EUIPO, BoA, R2985/2014-5, 7 August 2015).

Nonetheless, some icons that carry out the dual functions of alluding to the function of the applications in question whilst also acting as a badge of origin may be registered as trademark, such as the below-reproduced sign for swimming equipment. 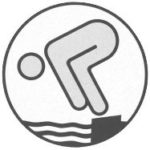 According to the BoA, the sign depicting a highly stylized human being in starting position is not a sign commonly used. The goods are related to swimming but the sign does not denote the act of swimming, and does not contain references to particular characteristics of the goods. The quotation, used by the first examiner who declared the sign non distinctive, as a basis for requiring a ‘significant’ departure (although it cannot be ascertained from the decision why this departure is also missing in this case), only relates to a three-dimensional trade mark, which shows the shape of the product or its packaging and is irrelevant in this case (EUIPO, BoA, R1759/2017-4, 5 March 2018).

In many cases, pictograms are not recognized as acting as a badge of origin and cannot be protected as trademarks.

Another option could be to file pictograms as Community designs since RCDs are registered almost immediately without any absolute grounds examination.

The validity criteria for trademarks and designs are not the same. A pictogram may be protected as a design, if it is new (a RCD would lack novelty when an identical design has been made available to the public prior to the date of filing of the RCD or the date of priority) and has an individual character (the overall impression a RCD produces on the informed user must differ from that produced on such a user by any previous design already disclosed to the public).

The color of the background, the color spectrum applied to the icon, the graphics of the icons, the overall style that emerges from it, are various elements that are considered to assess the validity of a design, while they may be irrelevant when assessing the validity of a trademark.

Choosing the most appropriate protection in each and every countries of interest consequently requires a thorough knowledge of trademark and design law.

[INSCRIPTA] will help you define the appropriate strategy.