Invalidity proceedings of a Community design filed before the OHIM can be based on absolute grounds (when the design does not fulfil the requirements of validity) or on relative grounds (in case of an infringement of prior rights).

According to the Regulation on Community designs (1), the holder of prior rights thus has two possible grounds for such an action.

Article 25(1)(b). Invalidation proceedings are based on the lack of novelty or the lack of individual character of the contested design.

The opposite design should:

The degree of freedom of the designer in developing the design shall be taken into consideration for the assessment of individual character.

Article 25(1)(e) and (f). Invalidation proceedings are based on an earlier right owned by the intervener.

In a recent case law (2), the General Court decided that the decoration of the opposed crockery was protected by the French copyright law and that the protected works were used in the contested design:

“The intervener specifically identified, in its applications for a declaration of invalidity of 30 September 2008, the works relied on in support of those applications, both by photographs of those works annexed to the applications and by textual descriptions. Those descriptions referred, on the one hand, to a white coloured cup, which had fine grooves on the outer surface and was smooth on the inside, and its white coloured saucer, which had a large grooved rim slightly raised at its edge and a smooth flat part, and on the other, to a soup dish which had a very wide, horizontal and finely grooved edge, with a narrow recess in the centre, which was plain and in the shape of a bowl and also formed the base of the plate.

[…] It is undeniable that the decoration of the disputed designs greatly resembles the decoration of the intervener’s items of crockery, both as concerns the identical nature of the covered surfaces and as concerns the concentric nature, regularity and narrowness of the grooves. The greater thickness and the more pronounced character of the grooves, claimed by the applicant, are not sufficient to obscure that similarity.” 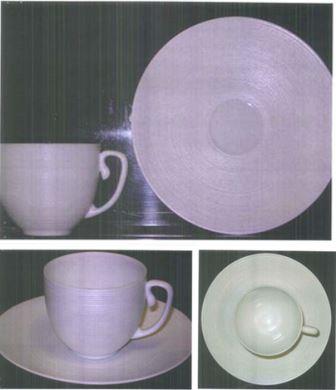 If based on the other ground of invalidity (Article 25(1)(b) – lack of novelty or lack of individual character of the design), the decision might have been different: if the designs at issue had been compared as a whole, the differences between the items of crockery at stake such as the shapes of the cups, handles and saucers would have been taken into account, so as to create a different overall impression.

In another case involving designs showing a similar decoration but different shapes, the General Court (3) dismissed an invalidity action based on the lack of novelty or individual character (Article 25 § 1 in b). 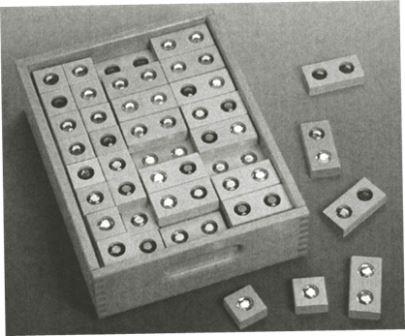 “If it remains possible that the design consists of the appearance of only a part of a product, not taken as a whole, and that this protected part consists of the ornamentation of the product, in this case, the intervener, by filing its application for registration of a Community design, has not sought to protect a simple ornamentation, but the game in its entirety. […] Nothing suggests that the decorative elements embedded in the structural parts represented in documents D3 D5 would be a design as such.

For a building and construction game, the shape is a characteristic which plays a role at least as important as the decorative elements embedded in these parts, since the use of such parts in sets depends on their shape.

Since it does not produce the same overall impression than the prior art, the contested design meets the criteria of validity and the action is dismissed.”

Depending on the case, the applicant for invalidity should therefore be very careful so as to build and implement a strategy according to the most favourable criteria.